Robert S. "Bob" Lausten was appointed Chief of Police in May of 2002. Lausten has 36 years of law enforcement experience, the past 29 in La Vista. Bob is a graduate from Sam Houston State University in Huntsville, Texas. Bob began his career in 1983 with the Texas Department of Corrections and then relocated to Southern California.

He graduated from the Los Angeles County Sheriff’s Academy and worked from 1984-1990 with the Los Angeles School Police Department. Lausten is a graduate of both the FBI National Academy (252) and the Northwestern University School of Police Staff and Command (111).

Lausten was appointed by the Governor in 2008 to the Police Standards Advisory Council (PSAC) and served from 2008-2016. Lausten is also a member of the Nebraska Attorney General’s Human Trafficking Task Force. Bob continues to serve on the Board of Directors for the Omaha Police Federal Credit Union since 2002.

Dee J. "D. J." Barcal was promoted to the rank of Captain in December of 2004. Captain Barcal has over 30 years of law enforcement experience, the past 24 years in La Vista. He is a graduate of St. Johns University (Louisiana).

D.J. began his career in 1981 with the Crawford (NE) Police Department before entering the United States Air Force where he served as a Security Police (Law Enforcement) Specialist.

After being honorably discharged in 1985, he began work as a Corrections Officer with the Douglas County Department of Corrections. D.J. began working with the La Vista Police Department in 1987 and left to accept a position as a Trooper with the Nebraska State Patrol in 1991.

He returned to the La Vista Police Department in 1993 and has served in the positions of Detective and Uniform Patrol Bureau Sergeant. Barcal is a graduate of the FBI National Academy (226) the Northwestern University School of Police Supervision, IACP Leadership in Police Organization Program, and the FBI Law Enforcement Executive Development Seminar (27th Session).

The Police Operations Captain is responsible for supervising the day to day operations of the Uniform Patrol Bureau. 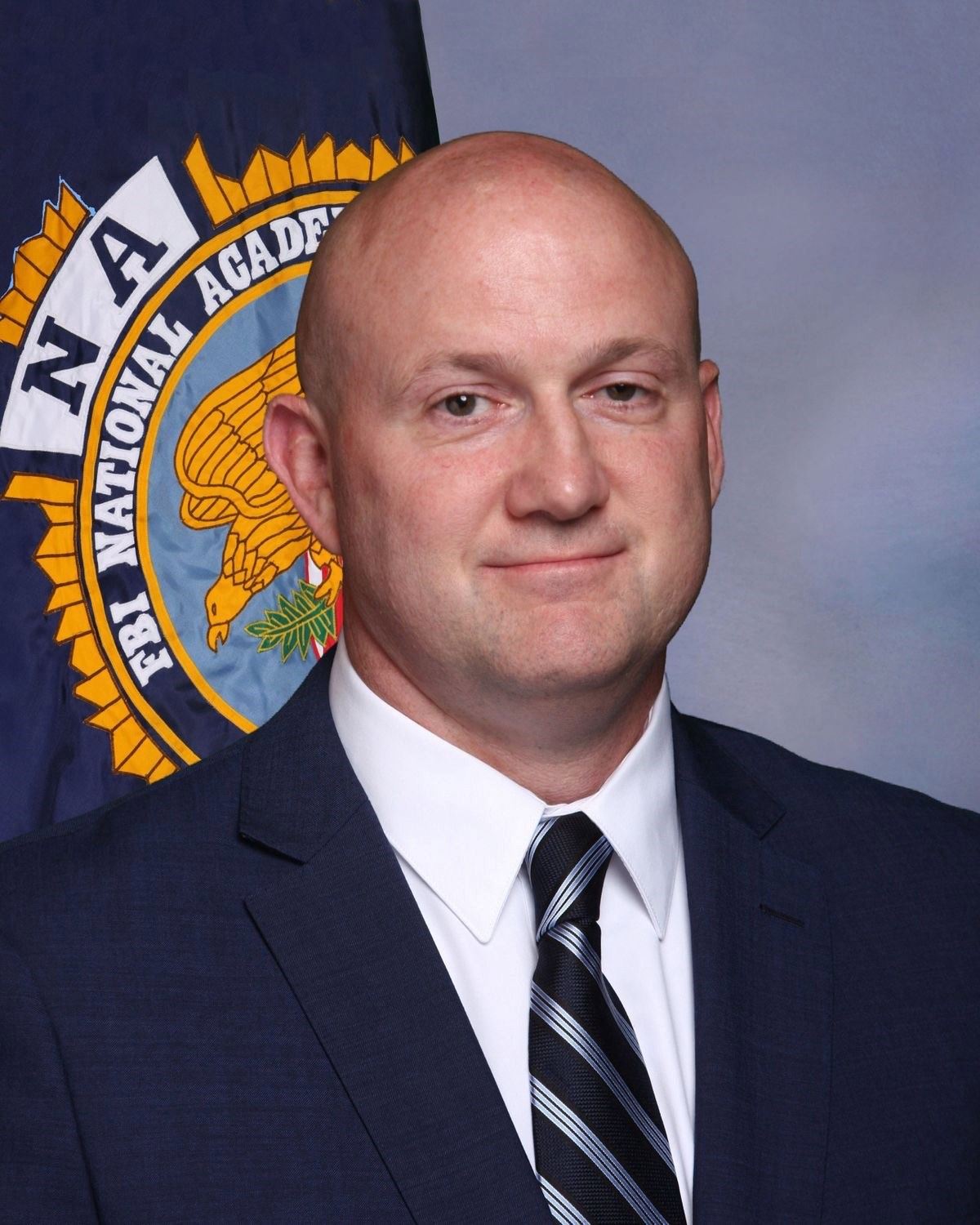 Todd M. Armbrust was promoted to Police Captain in February 2019. Captain Armbrust has over 25 years of law enforcement experience, the past 22 years in La Vista.

Todd began his law enforcement career in 1993 with the Kirksville (MO) Police Department. He served as a police officer until March of 1996 when he began his career in La Vista.

Captain Armbrust has held positions in the Uniform Patrol Bureau, Special Enforcement Bureau and Criminal Investigations Bureau. He has performed the duties of patrolman, field training officer, drug recognition expert, SWAT Operator, and currently holds the position of SWAT Team Leader. As a Sergeant, Armbrust served as a patrol supervisor and as the supervisor of the Criminal Investigations Bureau. While supervising CIB, Armbrust served as a member of the Omaha Metro Fugitive Task Force and as a member of the FBI’s Sex Exploitation Task Force.

Responsibilities
The Operations Support Bureau Captain is responsible for the day to day operations of the Criminal Investigations Bureau, Police Records Unit and the Property and Evidence Unit. 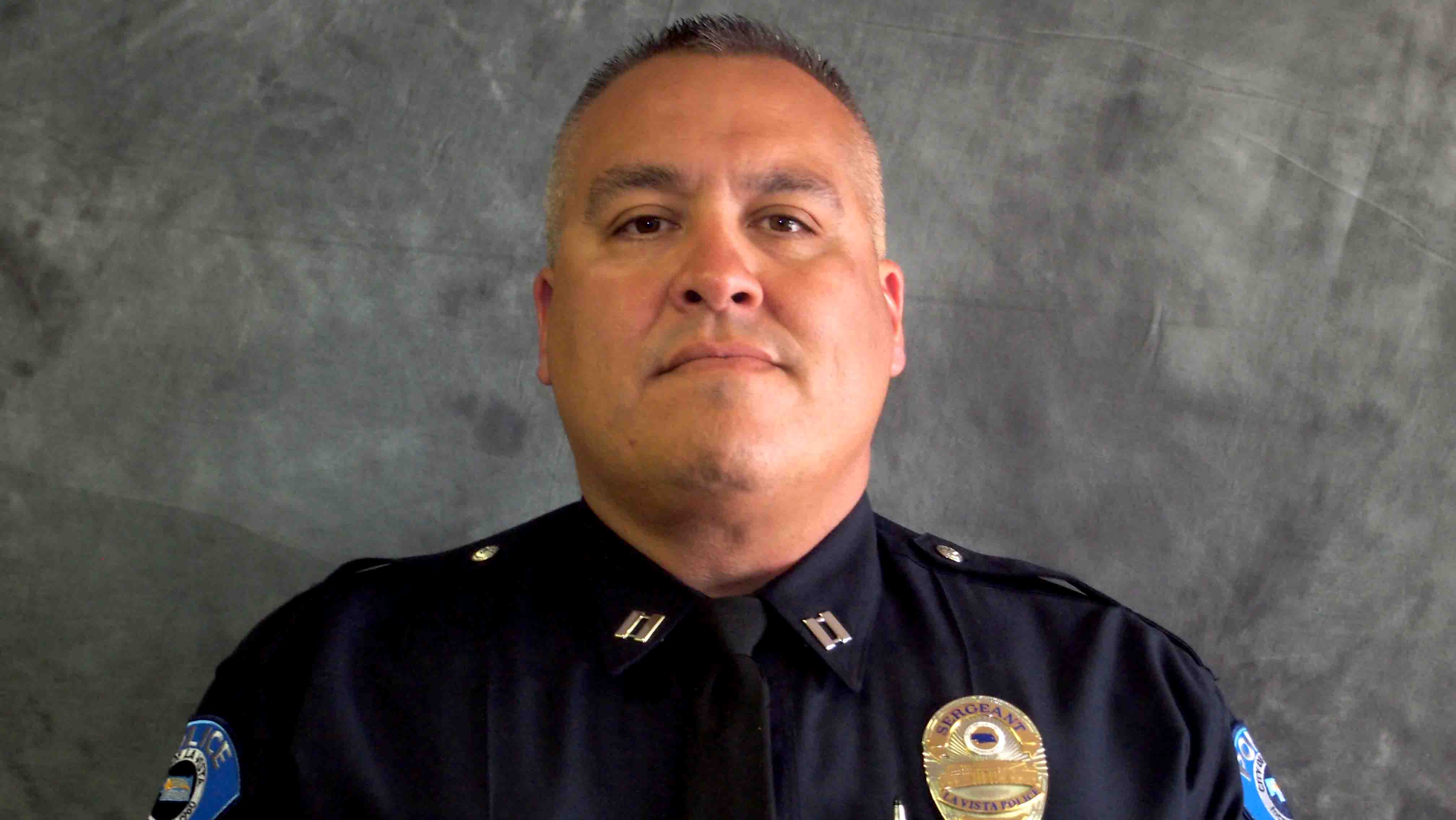 Jeremy E. Kinsey was promoted to the rank of Captain in July 2014. Kinsey has over 30 of Law Enforcement experience and has served the LVPD since 1994. Kinsey, a native of the California Bay Area, began his journey in law enforcement as a teen while he served as a Police Explorer in his hometown of Novato (CA). He began his career in Law Enforcement Specialist in the United States Air Force, which brought him to Nebraska.

Captain Kinsey has held positions in Patrol and the Detective Bureau and has performed duties as a patrolman, detective, training officer, bike patrol officer, DARE officer, hostage/crisis negotiator. During his time in the Detective Bureau, Kinsey served as an original member of the Omaha Area Cyber Crimes Task Force and the Sarpy County Major Crimes Investigation Team. As a Sergeant, Kinsey served as a patrol supervisor and later as the supervisor of the Criminal Investigations Bureau where he served as Internet Crimes Against Children Task Force Commander and member of the Omaha Metro Fugitive Task Force.

Captain Kinsey has served as an elected member of the Papillion-La Vista Community Schools Board of Education as well as a Council Member to the Learning Community of Douglas and Sarpy County. Captain Kinsey is proud to be a La Vista resident who remains active in the community and is also a youth sports coach.