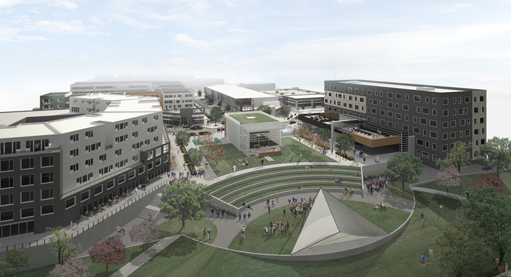 The vision for a redeveloped 84th Street corridor has become a reality after a local developer announced plans to redevelop the Brentwood Crossing property into a vibrant, mixed use city center that will transform the heart of the City and create a place of civic pride for all of La Vista.

Omaha-based City Ventures has purchased the property, which includes the former Wal-Mart, and most of the buildings and related improvements on the site are being demolished.

City Ventures will build a mixed use City Centre, which will include office and residential space lofted above more than 200,000 square feet of neighborhood retail, dining and entertainment space.

The City’s participation in this project will include:

Funding sources include the additional half-cent sales tax residents passed in 2014 that has to be used for 84th Street public improvements as well as tax-increment financing.